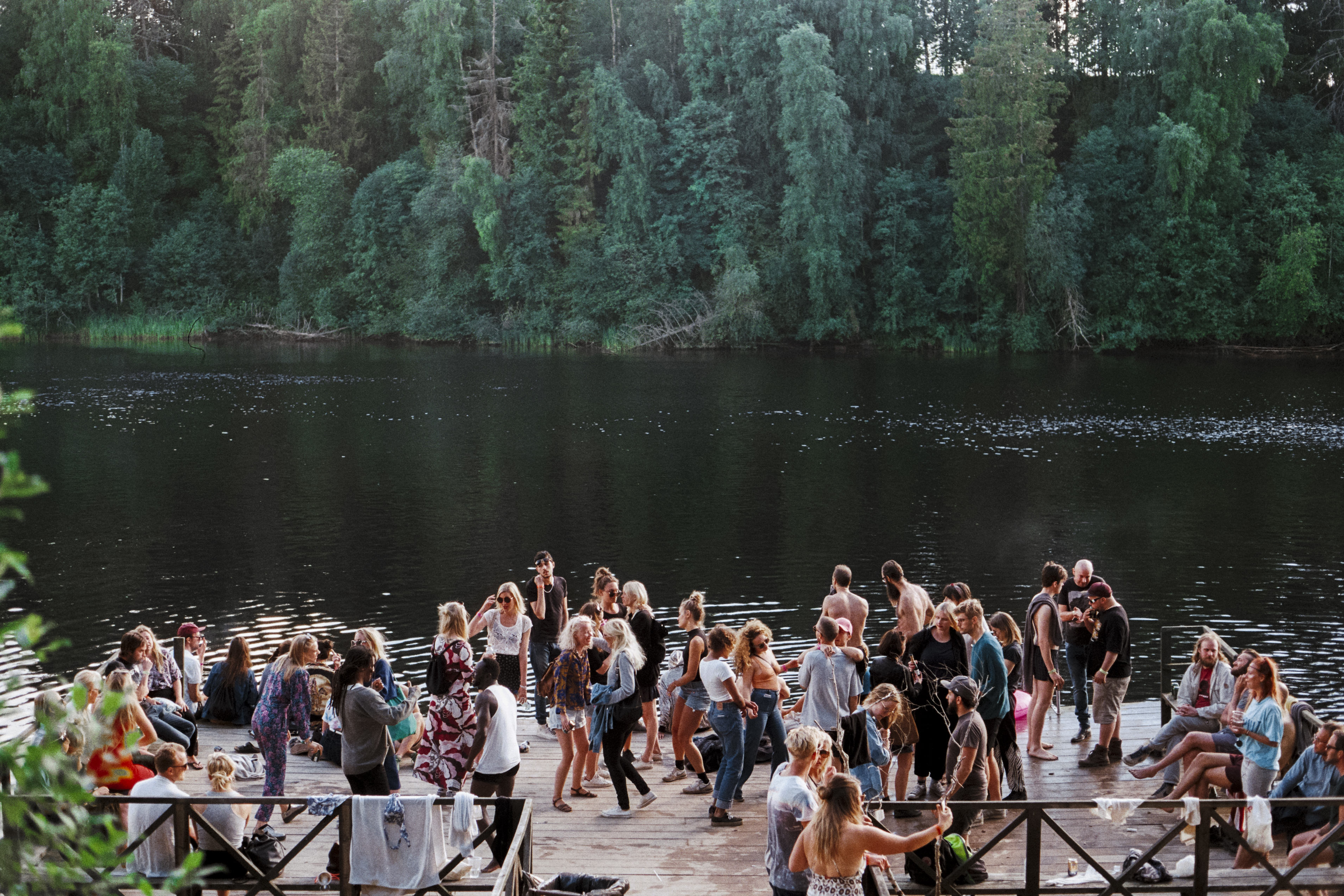 Jesus went and called a sinner – “Come, Matthew. Follow Me.” And Matthew followed.

Next thing you know, Jesus was in the house, and a bunch of folks just like Matthew had been followed him in and sat down with Jesus and shared a meal and hung out with Him, causing outrage among the religious. Then He told them that if they felt they didn’t need Him, that was fine – He’d come to call sinners. (Matthew 9:9+)

A couple of thoughts from this …

*** Matthew heard the call and simply followed. A movement begins with one person who says and acts upon, “Yes.”

*** This happened immediately after Jesus forgave the sin of, and healed, a paralyzed guy. The multitudes were marveling, but I can imagine, in that culture just as ours, some would say “oh that poor man” and not fully realize that the guy was a sinner. So Jesus went out immediately after and found The Biggest Sinner In Town, Matthew, and called HIM and saved HIM and gave him a new identity as a son of God.

*** The first thing Matthew did upon acting upon that “yes” is throw a massive party and invite all his friends.

*** Jesus loves parties. Throw Him a party, and He’ll be there with bells on.

*** All those soon-to-be-former-sinners came and SAT DOWN with Jesus. There’s an intimacy implied here. Sitting down, especially in this culture, is more like “reclining” implying that they were comfortable with Jesus. Food creates fellowship, unity, community.

*** When we say “Yes” and we enter into fellowship and union with Him, we become “seated together in heavenly places in Him.”  We join the eternal party and recline with Him at the table, forever.

*** The religious wanted to challenge Jesus about allowing this. I see this – and I’ve lived this – over and over again. Some Pharisees try to say “This isn’t right” and others couch their words carefully, to convey “we really care about you” and “don’t you know it’s dangerous?” And I’ve even heard, “Bad company corrupts good character” … “You shouldn’t associate with them.”

*** Sinners tend to admit that they’re sinners and even if they aren’t ready to come to Christ, they tend to know that something is lacking in their lives. Religious people exalt their religion above Christ.

*** He desires mercy, not sacrifice. It’s all about the heart. That’s what He’s after in you, in me, in all of us … Will we allow our hearts to be seated, and remain seated, with Him?

*** When we say yes, we should throw a party and invite all our friends. He’ll come and be in our midst. Lives will change forever. His party goes on forever.

*** This is one expression of what the Gospel of the Kingdom looks like with “skin on”.

My amazing husband Ken and I live in Wilmington, NC. I’m passionate about Jesus, essential oils, and entrepreneurship. I was healed of an incurable disease in 2006 and love to share the good news of salvation with the world (and part of salvation is healing!).