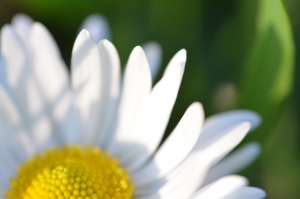 God not only heals, He heals to the uttermost, and to the generations…

I say this because I was born with a genetic disease called ehlers-danlos syndrome. It’s a very rare flaw in the gene that makes collagen, and it comes in several different types. The type that I had, and my children had, resulted in very hypermobile and easily dislocated joints, excruciating pain, skin elasticity and fragility, and did I mention excruciating pain?

There is no medical cure… no hope for treatment, presently, beyond bracing and splinting loose joints and managing the pain.

I was healed completely, in an instant, in 2006. Every trace of the disease was gone from my body… and the next day, I was delivered from the dependence upon the pain drugs, which suddenly became unnecessary 🙂

My children have been receiving a progressive healing ever since. They both are now in physically demanding jobs – something the doctors once declared impossible. My son’s hips were recently evaluated and the doctor says they are normal!

What’s more, my son and his wife just had a baby… both the hospital pediatric team and her personal pediatrician agree… there is absolutely NO sign of the disease in her body. None.

UPDATE: Four grandchildren later – no sign of the disease.

Healed… to the uttermost… to the generations…

That is His promise to you today as well… you can be saved, healed, and delivered RIGHT NOW from anything – any disease, any issues of the heart, any wounds from your past, anything that afflicts you. What’s more, your children and grandchildren and entire family line can be healed.

All of these things are the activity of the enemy. They are not God’s plan… He is not the author of your pain… Jesus came to destroy all of these works of darkness and commissioned us to do the same. So…Draw near to God… He will draw near to you… resist the devil, and he will flee… and arise in your healing!

My amazing husband Ken and I live in Wilmington, NC. I’m passionate about Jesus, essential oils, and entrepreneurship. I was healed of an incurable disease in 2006 and love to share the good news of salvation with the world (and part of salvation is healing!).